Will History Repeat Itself in the Hot Phoenix Real Estate Market? 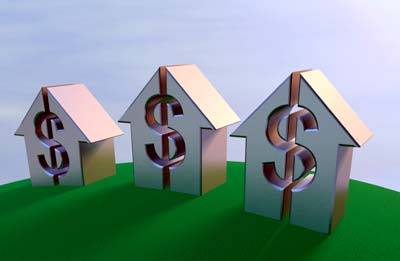 The current housing market appears has been rebuilt on a solid foundation, unlike a decade ago

Naturally, some are worried about another eventual housing bubble.

Caution and research are always necessary in Real Estate. But don’t let anyone tell you “this is just like 2005.”

Rest assured, this market isn’t like 2005, which we know was built on faulty values, and that’s a good thing for everyone. By all reliable indicators and trends, the current market is a result of a ‘healthy rebound’ built on stable growth. However, it’s also important that we recognize the warning signs from before, when we were too caught up in all the bogus values and easy money brought on by the market bubble.

What do Real Estate and Baseball Have in Common?

Answer: They have both made us gullible at one point. Remember the excitement of the ‘homerun era’ in baseball 20 years ago?  Mark McGuire and Sammy Sosa basically captivated the entire country in 1998.  They both surpassed the sacred, single-season home run record of 61, which had stood for nearly 40 years. McGuire finished with 70 that year, and the entire season became a spectacle of worship.  The attention it drew was the best thing to happen to baseball in decades.  Unfortunately, we eventually learned it was a huge sham based on players loading up on steroids. The Golden Era eventually became the dark era of baseball.  Players like Sosa and McGuire have since been unofficially blacklisted from Hall of Fame consideration.  Baseball is to blame also, as the testing regulations for steroid type substances were virtually non-existent   Players took them for a simple reason: It was easy to get away with.  And with so much success and attention, baseball execs probably turned a blind eye like the fans did.

When our Real Estate Market was also ‘Juiced’

When interest rates got low, lenders became extremely creative. Lending regulations were quite loose at the time. From that point, the domino effect took over.  Unsupervised lending practices generated more buyers. Homes became too affordable, and home demand became sky high.  This drove prices and land value in the same direction. The housing market was booming, but it was built on market values that were artificially inflated (i.e., the steroids). All of these factors contributed to an eventual ‘burst’ of the bubble. Much like the baseball example, the warning signs were visible during the real estate boom.  However, we chose to ignore the signs because of our excitement…and bottom line.

In 2003 interest rates were reaching a low point.  This triggered a domino effect, and the market appreciation increased to 5.6%.

By the end of 2004, buyers were coming out in droves, taking advantage of easy loans that would hurt them in the long run. Still, demand continued to increase, as did home values.

By 2005, the momentum continued to race, reaching a fever pitch over the next 15 months. Land investors kept speculating, homebuyers kept buying land to build, and by March of 2006, appreciation had reached 37%. And then, before we knew it…BOOM! It was like an avalanche; all downhill, only growing larger and more destructive.

Rock bottom came in December 2008, as home values had depreciated to -28% Remember back in 2003, when rates were low, and those short term mortgages became so popular and inexpensive?   Yeah those were never a good idea, and highly deceptive.  It was only a matter of time before those low fixed rates turned $700 payments into $1,100 payments. Panicked homeowners had to sell, demand decreased, along with value, and worst of all…foreclosures soon became commonplace.  Some Home builders went out of business overnight. The Avalanche analogy was no joke.

It’s only natural for consumers to take a cautious approach to real estate during an upward swing.

So let’s look at why should we feel safe about the market in 2018? It’s simple: We recovered responsibly, lending regulations are secure, and the current Phoenix market has improved based on supply, demand, and growth potential. 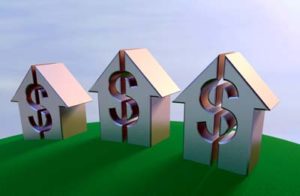 All signs point to a healthy real estate forecast for Arizona

Some folks will always despise the powerful investor types who seemingly operate with limitless pockets.  However, when large investment firms began to pay cash for foreclosed properties on a large scale in 2009 and beyond, it provided stability to hundreds of neighborhoods across the valley.  Instead of falling apart vacant, and turning into Detroit, Phoenix survived the market crash.  It took a few years, but survival turned into stability, which evolved into another thriving market.  The proof is in the steady but consistent rise in appreciation since the middle of 2015.  We’ve gone from 4.1% then, to nearly 10% as of the end of June 2018 (no steroids necessary). Finally, the ‘Arizona Factor’ is one which cannot be affected by market conditions or bogus mortgages.

There’s a strong argument that the Phoenix Metropolis could very well be the most attractive location in the world for long term real estate security.  There’s a reason almost everyone you meet is from somewhere else.  It’s too cold back East, too boring in the Midwest, and too expensive and crowded in California.  Since the 1970’s people from all over the country continue to relocate here.  The same goes for large-scale employers, who have an easy time purchasing commercial space and land. And with plenty of land still available, you can count on continued growth for decades to come. So to summarize, there is no need to worry about a repeat from a decade ago. The bubble can only burst if there is a bubble to begin with. The current market sits atop a rock solid foundation. Build your next move on that.

Ben Stapley has worked in the Arizona real estate industry since 2009.
He writes for various Real Estate Brokerages around the Valley, and several
Law Firms.  Reach him at ben@LRAphx.com