The Restoration of Mesa Royale 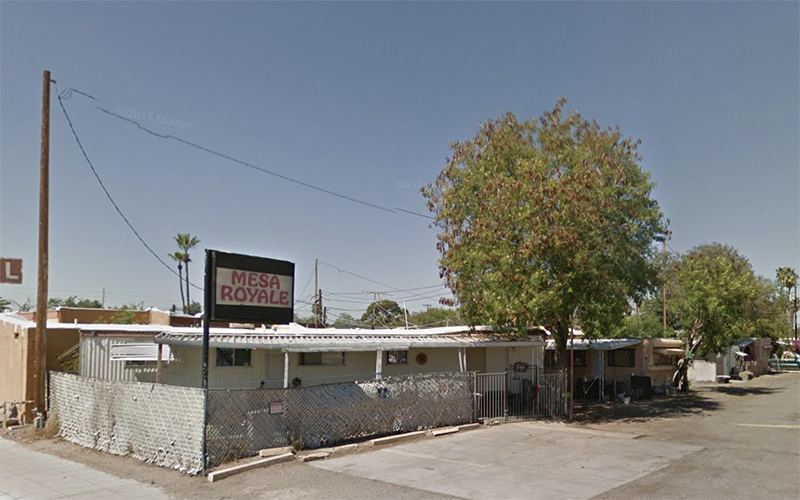 Mesa Royale on Main Street is about to glow up.

The 4.74 acre mobile-home park has had its fair share of problems in the past. At one point, the park was deemed “unfit for human habitation” because of health and safety issues, including 120 electrical, gas, water, structural and fire hazards, according to an AZ Central report.

In 2015, a limited liability company stepped in as an interim investor and poured about $250,000 into the park. They raised the park up to city requirements within six months of beginning the project. This greatly improved the safety of Mesa Royale and created new investment opportunities and opportunities for development.
In the past, talk of removal of homes from the park has caused some controversy. Many of the residents of Mesa Royale are lower-income. Possibilities of the park closing have threatened the eviction of residents.

The involvement of the interm investor caused changes that allowed residents to stay in their homes while corrections were being made to the park. Their investment of time also created space for the market to improve while the real estate company in charge of the Royale project found a future investor.

Now, the mobile-home park has changed hands again. Chicanos Por La Causa has purchased Mesa Royale and has said that they will invest further into redevelopment. 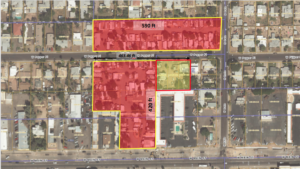 An aerial view of the parts of the park Chicanos por La Causa will redevelop.

Don Mortensen of the LRA Real Estate Group that has handled the sale of Mesa Royale said that of the potential buyers of Mesa Royale, CPLC was best equipped to handle the remaining challenges of coordinating and communicating with residents, relocation of the residence and putting together a development project that would satisfy the home owners in the surrounding neighborhood and benefit the City of
Mesa.

Mortensen said that he feels that CPLC are the best buyers to provide residents with options and to create a solution to other problems of Mesa Royale. According to their website, Chicanos Por La Causa believes in “equal opportunity for all people, regardless of their background.”

According to CPLC’s values and visions, they “deliver on (…) commitments,” “bring innovative solutions and adapt to address challenges.” The sale of Mesa Royale to CPLC hopefully means “empowering (the) lives” of the people they serve in a responsible manner.

Future development of the property will include creation of for sale single family townhomes and multifamily mix use project consisting of multifamily and commercial space units.

Phase 1 of redevelopment could begin as early as July with single family town home ownership units.

Development of Mesa Royale benefits current residents all while helping the City of Mesa achieve its vision of a restored downtown.