No 1 in innovation, growing student population- A look into the growth of Arizona State University 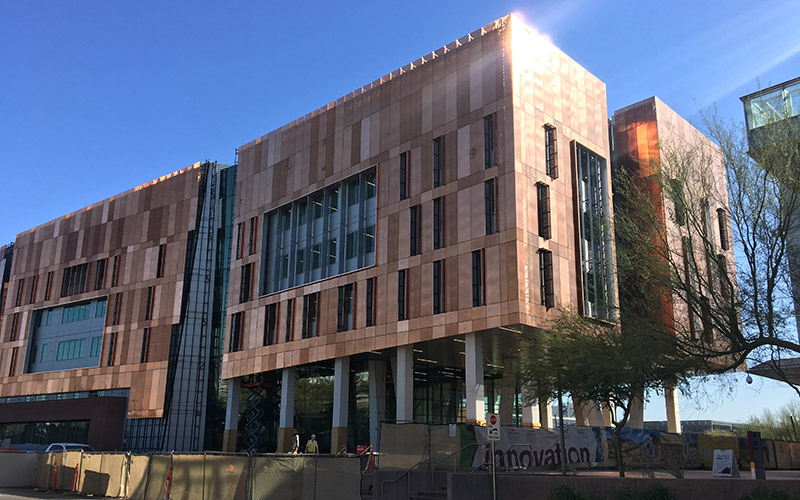 Arizona State University is regarded as one of the largest universities in the country. Enrollment has grown to nearly 80,000 students across 5 campuses within the past few years. In order to accommodate for the large student population, ASU has grown in geographically and technologically.

The advancements in technology have earned the university to title of No. 1 in innovation amongst universities since 2015 by US News and World Report- ahead of Stanford and the Massachusetts Institute of Technology.

This title comes from rankings of admission deans, college presidents and provosts across the country that nominate colleges based on their innovative changes to curriculum, technologies and other aspects of campus life. A State Press report said that the title of innovation also comes from external partnerships within the university with companies like Starbucks and Mayo Clinic.

With innovation at the heart of Arizona State, the university is seeking continual growth and expansion.

According to their website, Arizona State University was originally established in 1885 and was intended as a teachers college. Some of the original infrastructure still stands on campus, despite the university’s many cutting edge updates.

According to Master Plan Update for the Tempe campus, the university is striving to reach an enrollment of 60,000 students at Tempe campus alone by 2020.

With a steadily growing student population, the Tempe campus faces challenges with available land and renovation of current buildings. 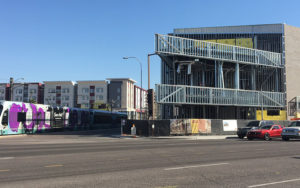 The Greek Community center, located on Rural Road just north of University, is slated to open in the fall of 2018. (Photo by Jena Ellsworth/LRA)

To remedy these challenges, the university plans to densify and redevelop central campus, optimize the potential of underutilized sites and transform certain districts.

ASU plans on optimizing space in areas such as Tempe Gateway and the Rural Road frontage. Construction is currently under way on buildings near the Light Rail stop on University Drive and Rural Road to create a new wing of the Biodesign Institute building and the Greek Community Center.

Arizona State University also pLans to expand and renovate in their athletics district.

On January 25, the Arizona Board of Regents reviewed plans to renovate ASU’s Wells Fargo Arena. The renovation includes plans to create a multi-purpose arena that would house gymnastics and wrestling and create a hockey rink for the university’s team.

The project will be located north of the current arena and is expected to be completed by the summer of 2021. 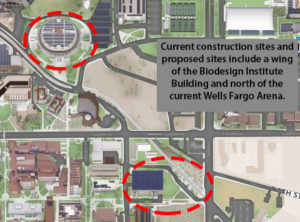 However, ASU also plans to expand into other parts of Arizona.

Mesa Mayor John Giles announced in his State of the City address in January of 2017 that ASU would be opening a satellite campus in downtown Mesa.

Nikai Salcido from ASU’s media relations department said in an email that the university looks forward to further enhance opportunities for students and the community in Mesa.

“Arizona State University looks forward to our continued partnership with the City of Mesa, expanding our community and social impact, and serving the citizens of Mesa,” Salcido said, “ASU is always committed to exploring new ideas with partners like the City of Mesa, and we look forward to further discussions with the community.”