CHICAGO (MarketWatch) — Backlogs in foreclosure processing are causing delays in home-price improvement and could wind up affecting the cost of a mortgage.

The situation appears worst in New York, where it takes an average of nearly three years — 1,072 days, to be exact — for a home to go through the foreclosure process. It’s not much better in New Jersey, where it took an average of 931 days to foreclose on a home in the third quarter, according to statistics from RealtyTrac. Or in Florida, where it took about 858 days.See: How long a foreclosure takes in your state

At the current rate of processing, no wonder the volume of foreclosures in progress is still high, even as the economy is improving and fewer mortgages are becoming delinquent. And some experts think it’ll be 2015 before foreclosure inventories begin to approach normal levels.

That could pose a problem. “As unpleasant as it is for everyone involved, when a borrower can’t — or decides not to — make payments, the more quickly you can move [the house] back into the inventory and get a new homeowner in it, the better it is for the community,” says Rick Sharga, executive vice president at Carrington Mortgage Holdings.

Why foreclosure times are so long

Processing times are generally longest in states with judicial foreclosure processes, where the courts are involved in finalizing the foreclosure. 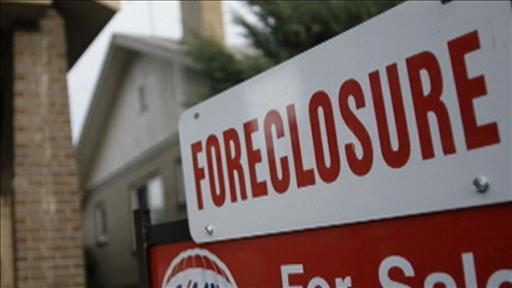 Home buyers come back after foreclosure

Millions of families lost their homes to foreclosure after the housing crash hit six years ago. Now, some of those families are back in the housing market. Call them the “boomerang” buyers, as Dawn Wotapka explains on Lunch Break. Photo: AP.

In New York, the courts are extremely backlogged, says Allison Schoenthal, a litigator with Hogan Lovells who represents banks and other financial institutions in contested litigation relating to foreclosures. The state requires settlement conferences for all foreclosure cases, and that adds more court appearances to the already bogged-down system, she says.

“They don’t have judges available, and they still have to give due process, even though in the vast majority of cases, there are few people who are being wrongfully foreclosed on,” Ghent says.

In judicial states, it’s possible — though not certain yet — that a peak in the foreclosure inventory rate was reached this year, says Mike Fratantoni, the Mortgage Bankers Association’s vice president for research and economics. But the rate peaked back in 2009 in nonjudicial states and has been dropping rapidly since, he adds.

“The differential between the [judicial and nonjudicial states] has really blown out through and after the crisis,” he says.

What’s more, the jury is still out on whether the slower judicial process has any bearing on the ultimate outcome for the homeowner, Sharga says. The longer time spent in foreclosure doesn’t always equal more opportunities for the homeowner to get up-to-date and remain in the home — even if they’ve had a change in income for the better, he says.

If you’re in a home not making payments for a long time, your taxes, insurance and interest payments may be building up, Sharga says. “Suddenly, you owe $100,000 more than you owed in the first place, and you would likely have a hard time becoming current.”

How the slow process affects you

Even if you’re not in foreclosure, if you live in a state where processing times are long, that could eventually end up affecting you when you’re in the market for a new mortgage.

Freddie Mac and Fannie Mae are considering state-to-state pricing on mortgages because of long processing times, Ghent says. In states where there are long turnaround times, Freddie and Fannie would calculate the cost of foreclosing on properties and how long it would take. The costs could be built into the mortgage rate you’d get in those states.

“There is a legal cost,” Ghent says. “They have to pay servicers more in hard-to-foreclose states.” Plus, he adds, “the longer a home is in the foreclosure process, the worse shape it will be in when [the lender gets] it.”

Prices are rising faster in places where the foreclosure process isn’t so delayed, including Arizona, where it takes 194 days for a foreclosure to be completed, according to RealtyTrac.

In Maricopa County, where Phoenix is located, pending foreclosures peaked at 51,022 in late 2009, according to data from the Center for Real Estate Theory and Practice at the W.P. Carey School of Business at Arizona State University. There are currently 11,462 pending foreclosures in the county, down from 21,743 at the same time last year — and much closer to the 6,000 to 8,000 considered normal.

Prices in Phoenix rose 20.4% in September, compared with 2011 — the largest gain among 20 cities in the Case-Shiller home-price index.

Meanwhile, prices were down 2.3% over the year in New York City. Read more in the latest Case-Shiller report .