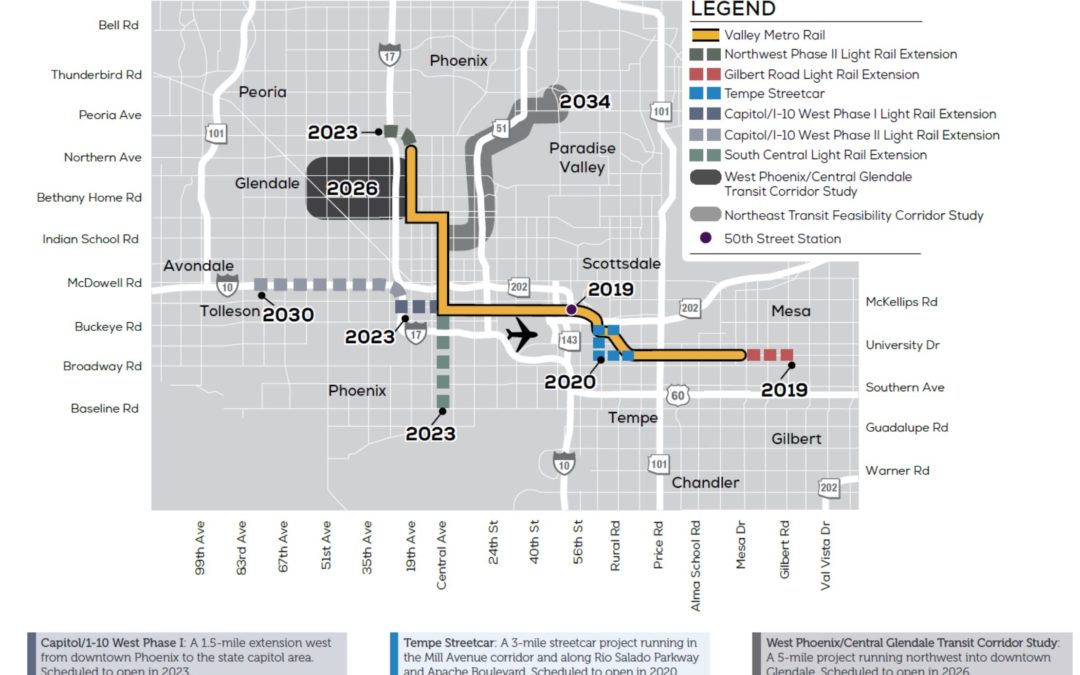 The vote was just one stop on a long political journey for rapid transit to link the exiting line to a Glendale spur.

Glendale municipal leaders formally approved a proposed light-rail route that would zigzag from the existing route on 19th Avenue in Phoenix to downtown Glendale.

The council voted 4-3 Tuesday to instruct regional transportation planners to move forward on a 7-mile route that Valley Metro officials identified as the preferred route in March.

The measure includes direction for planners to consider extending the planned line west of U.S. 60/Grand Avenue — a key issue for council members earlier this year. Doing so would likely add significant costs to the project due to complicated design issues.

The vote was just one stop on a long political journey for light rail to link the existing line to Glendale by 2026. Transportation planners expect to return to the Glendale and Phoenix city councils with a more detailed plan in about a year for renewed consideration.

There’s also the matter of securing federal funding for the project that’s expected to cost $80 million to $130 million a mile. 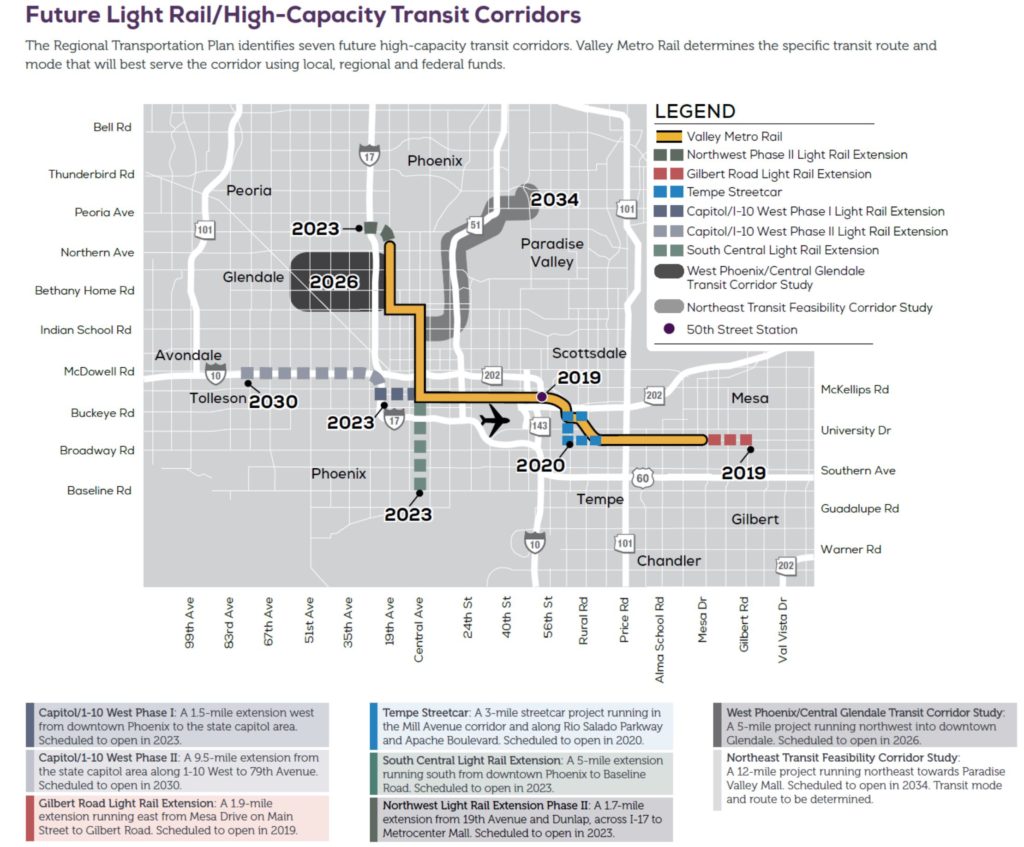 The Grand Avenue corridor presents a considerable engineering challenge. Grand is six lanes wide between Glendale Avenue and Glenn and on an incline, as the road runs below the nearby intersection of Glendale and 59th avenues. Also, the railway is one track at Glendale Avenue, but splits into two tracks by Glenn.

Hugh has owned the parcel, where he operates a tire shop, since 1990. If light rail is built at the intersection, it could hinder access to the shop for years. Conversely, if Valley Metro buys the property to create a right of way for the trains, he could receive a financial benefit.

Bailey said Hugh has no conflict, because the resolution did not involve the purchase of property.

“All we’re doing is directing staff to pursue a route,” Bailey said.

Hugh has been a long-standing “no” vote on light rail along any route in Glendale. He voted against the resolution because of the potential disruption to businesses and the multimillion-dollar expense.

“I really don’t understand how laying track down on a perfectly good road to transport people where we have cars already bringing thousands upon thousands of people to downtown Glendale is a prudent way to spend money,” Hugh said.

“I really don’t understand how laying track down on a perfectly good road to transport people where we have cars already bringing thousands upon thousands of people to downtown Glendale is a prudent way to spend money.”

Weiers opposed the measure because he said transportation planners did not adequately consider his suggestion to study a street-car concept that he believes would have a lesser impact on downtown Glendale businesses and traffic.

The mayor said a street-car system could be similar to Tucson’s Sun Link, which traverses 3.9 miles between the Mercado District, downtown Tucson, Fourth Avenue and the University of Arizona campus. Its tracks are laid within regular traffic lanes.

“I’m not anti-light rail, but it’s my duty to ensure this community that I represent is given every opportunity available,” Weiers said.

AZ I SEE IT: Is downtown Glendale really the best light rail route?

Residents who spoke during the public meeting at City Hall were split. Some took a middle ground, suggesting deviations to the proposed route.

Glendale resident Bobby Casares questioned the wisdom of bringing light rail west of Grand, calling the spot “Destination Nowhere,” a locale with no facilities for commuters.

“I’ve always felt we’re kind of behind times when it comes to transportation, so this time, I want us to be proactive, instead of reactive. … If not now, when?”

In March, Weiers, Chavira and Tolmachoff said getting the line west of Grand was important to lessen the impact on downtown parking and to bolster the chances of later extending the line to the Westgate Entertainment District and University of Phoenix Stadium.

Glendale resident Donna Cheung said the Glenn portion of the proposed route would negatively affect the quality of life for senior citizens and Japanese-American community members who live in the area. The narrow street and residential neighborhood is ill-suited for a rail line, she said.

Resident Ron Short said a working group composed of residents, business owners, faith leaders and others approved the proposed route after months of study. The route spares historical buildings in downtown and will spur employment, entertainment and urban housing, he said.

Former Glendale Councilwoman Yvonne Knaack acknowledged that light-rail construction would cause hardships to businesses along the route, but she said the line will spur development in blighted areas.

She said there was opposition when I-17, Loop 101 and Loop 303 were built as well, but the freeways are well-received now.

“I’ve always felt we’re kind of behind times when it comes to transportation, so this time, I want us to be proactive, instead of reactive,” Knaack said. “If not now, when?”